By Vincent PlanaDecember 8, 2022December 12th, 2022No Comments
Table of Contents

The ins and outs of sales territory management and planning

What are some of the best practices for sales territory management and planning?

How do you build out even territories and what kind of horror stories does your team need to watch out for?

Putting time into your sales territory planning builds the framework and helps ensure that your team is set up for success. But it can be a daunting task, especially when you’re trying to overcome common go-to-market struggles.

But if you’re looking for guidance, then look no further.

Let’s dive into some of the most popular questions from the webinar.

How do you suggest teams go about territory management and planning for the new year?

Most companies either follow the calendar year or Salesforce’s fiscal year, but there’s a lot of moving pieces that need to happen to do it right.

DocuSign is a good example of best practice. When you’re going through territory planning, it really becomes an exercise of cleaning up your data and then carving your territories. If you don’t do that first step, you end up just running into duplicates that can cause disputes throughout the year.

DocuSign says they spend 50% of territory planning on data cleanup first, so that they’re preventing problems later. And it really falls into three things.

Enrich: Every company, when they’re carving territories, has a segmentation of some sort – whether it’s size of business, revenue, number of employees, geography, or industry. So they first want to make sure that they’re enriching all the records from a data provider, so that they have everything clean – whether it’s 500 employees or it’s the telecommunications industry.

Link: The second step is to start linking accounts into a hierarchy. Because their biggest struggle was when you start carving territories and you haven’t done that – you end up getting territory disputes and conflicts.

Clean: And then lastly, it’s to clean up any duplicates because when you’re trying to make even territories, you usually score the territory based on the number of accounts, the number of opportunities to dollars, the number of leads. And duplicates can throw everything off because now all of a sudden you’re double counting everything and now your reps are upset because they have fewer accounts than others.

When you think about it, it’s a collection of accounts that have influence over one another. And that can be implicit or explicit.

There can be two different accounts that have no legal relationship whatsoever — but there’s influence because of a certain person. Or you could have groups of accounts that are influenced by a partner. It could even be things like your own sales territory, where it’s not about the influence but it’s this collection of accounts that you want to roll up data for. You want to see the products you’ve sold and those that you haven’t.

We’ve been trying to focus on breaking the idea of that old legal hierarchy. It’s still really important but it’s also important to be able to adapt to this new world.

How do you ensure that territories are even?

It comes down to scoring. Once that data is cleaned up, you’re usually looking into accounts and the history that you have. We see a lot of people falling into the trap of carving out too much territory area that hasn’t been tapped into.

Try and give everyone a little bit so that everyone can get wins. Where we’ve seen the best success is using their history and carving that up. And if there’s a higher proportion of sales in specific areas, then double down on it and carve them into much smaller territories.

And we’re starting to see new trends too, that are breaking the mold of a geography in the neighbourhood or zip code. People are even doing alphanumeric splits, which seems to be a lot more appropriate when you’re selling over Zoom anyways.

What’s the biggest impact you’ve seen a territory have on a sales team?

One of our customers had a sales rep that was doing a great job working an opportunity through the funnel. She got to the one yard line and found out that the account fell into someone else’s territory because it was a subsidiary of someone else’s account.

According to their territory rule, it meant the entire commission went to the owner of the account. So the person who owned it ended up with the whole commission; this poor sales rep who’d done all the work and probably had no idea this account wasn’t part of her territory lost out and she ended up quitting.

So the company lost a great rep because they weren’t willing to change their territory rules or hadn’t planned appropriately. That’s one that really sticks with us when we’re trying to help companies avoid these kinds of disputes and conflicts.

What other territory horror stories have you heard in your sales efficiency or sales excellence?

One that we hear an incredible number of times is a pricing issue where sales reps will be offering some crazy discount — and it’s natural at the end of the quarter.

But where it always comes back to bite companies is when it happens to be part of an organization that already has preferred or established pricing. They go through a centralized procurement team and that team, or an existing customer that belongs under the same enterprise, picks up that they’re being offered a 40% discount at the end of a quarter.

And all of a sudden, they want that for all of their pricing across the entire enterprise organization. And it’s crazy how often we hear about it. It can have implications and it either upsets the customer or you end up having to discount like crazy on other deals too.

What kind of trend have you been seeing in your customers from a sales motion standpoint?

With the economy, there’s layoffs, there’s people cutting budgets, or deals that are being pushed or cancelled. And companies are now going back to trying to sell more into their existing customers, where they’ve built up that trust. They’ve proven a return on investment, they’re already in as a vendor.

And if a customer has to cut spend, it’s tougher to get a net new logo in there — but selling to an existing customer is a little easier right? You’ve already gone through a lot of those early hurdles, they have some trust, and they can coincide it with a renewal.

So we’re seeing a huge spike there and it’s about trying to facilitate that, surfacing the data, and finding those areas.

Do you have a small footprint of licenses today? Maybe you can sell more into a bigger team. Or is it that you’ve sold one product and can sell others. Or you’ve sold in one department or one business and are able to sell into another department or another subsidiary.

And a lot of that really hinges on having your data in check.

Build smarter territories and stop leaving money on the table. Learn more and watch our webinar on “5 Tactics to Avoid Territory Disputes with Account Hierarchies.” Everything You Need to Know About Salesforce Flow Builder vs. Lead Routing Tools Pro Tip – Do you build or buy? Pro Tip – What are the best data governance practices? How to Develop A Winning Account-Based Selling Plan 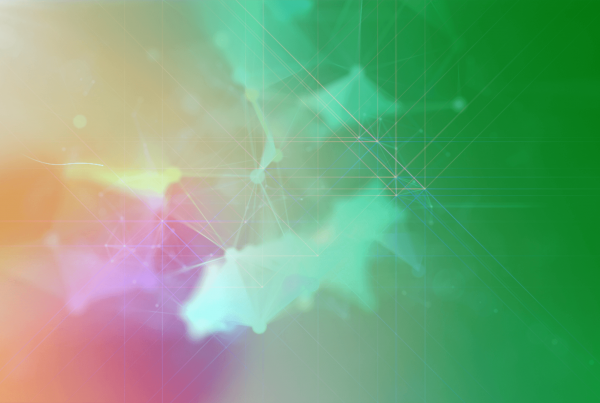 Learn how to avoid paying double commission, use account hierarchies to sell more effectively, and how successful organizations are navigating…

Want to Stay In The Know?

Join other high-growth companies and keep up-to-date on everything RevOps, Sales, and Marketing in Salesforce.